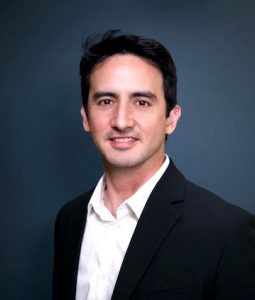 Henry Mochida (he/him) is the diversity, equity and inclusion communications manager in University Communications at Michigan State University. He works with the Office for Inclusion and Intercultural Initiatives and the Vice President and Chief Diversity Officer Jabbar R. Bennett, Ph.D., to further DEI as an institutional priority.

I am a fifth-generation (Gosei) Japanese-American born and raised in Hawaiʻi. My family’s relatives came to the Big Island as sugar cane plantation workers in the late 1800s. After growing up on ʻOahu and honing my community-based storytelling approach with Native Hawaiian groups and internationally, in East and South East Asia, I moved to the continent for an opportunity in Michigan where my partner and I are raising our children.

My upbringing as a hapa or half-white and half-Japanese person during the revival of the Hawaiian language following its erasure has shaped how I approach communications. In Hawaiʻi, we distinguish between a local resident, or kamaʻāina, and a Native Hawaiian or kanaka maoli. Therefore, if you were to refer to me as a “Hawaiian,” my response would be that I am not Hawaiian but a settler-migrant.

I grew up immersed in Hawaiian culture in the college system. At the University of Hawaiʻi, Hawaiian or ʻŌlelo Hawaiʻi was offered as a language requirement. Today, the language and the culture are inculcated in how the university conducts its day-to-day business.

I often think about what that would be like at MSU, with a cultural resurgence where we use greetings, place names, and cultural practices of the Anishinaabe – Ojibwe, Odawa and Potawatomi. Growing up in Hawaiʻi, I felt grounded in the identity of place and always felt a sense of belonging and community. As a hapa person, I was not accepted by Asian or white groups, so I think it makes sense that I developed a passion for cultural place-making and is why I was drawn to serve as an ally producing stories for those who felt unrecognized, misrepresented and marginalized.

Although the pathway to my current role has been windy, it has been a journey of self-discovery. Accordingly, I perceive the work of diversity, equity and inclusion, as a constant process of learning – decoupling biases from identity groups and learning how to be a better listener.

As a DEI communications professional, one of my tasks is to increase the visibility of various underrepresented groups on campus. To do so requires listening to understand the challenges that are being faced to create authentic narratives. In addition, it requires a dedication to build trust, over time, with various stakeholders, which is essential whether it is developing a historic campus-wide celebration of Juneteenth or a story on the importance of community for people that identity as LGBTQA+.

The work may be driving awareness about the challenges that have ramifications on a particular community, such as student parents who faced unprecedented hurdles threatening to push them out of higher education. At other moments, the task requires attention to national events, such as the twentieth anniversary of 9/11 and drawing focus on the bigotry towards the Muslim community.

At times, it’s about finding ways to share how MSU, in the DEI space, impacts the international and local community. For example, I may partner with the media to highlight how a documentary halted the deportation of veterans and helped change U.S. policy. Or, I may connect with a diversity scholar to weigh in on the rise of racist incidents happening in the Detroit public schools.

In other instances, the work may challenge long-held traditions that are found to be harmful appropriations of people’s identities or celebrations of cultural genocide and colonialism. Perhaps most of all, it is about leveraging the efforts that DEI leaders are making, such as mitigating bias in the return to being in-person this fall semester.

The work is challenging, and I am constantly learning from informed stakeholders on the issues of importance. As I draw closer to my first anniversary at MSU in February, I am eager to further develop strategic partnerships with the campus community to elevate underrepresented narratives.