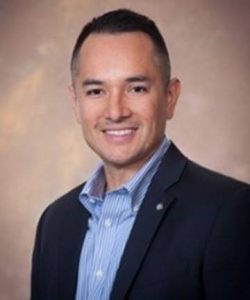 Juan Flores Grew up in Southwest Detroit near Mexican Town and credits his success to his upbringing in Detroit. He is extremely grateful for the circumstances, times, places and environments that surrounded his coming of age because without those experiences he would not be the person he is today. He is the oldest of ten siblings and was the first in his family to graduate from high school when he crossed the stage Detroit Southwestern. Juan was an average student who had no plans to attend college after high school but by pure coincidence he met Lucinda Briones, a recruiter for Michigan State University during the fall of his senior year. Lucinda’s message was so profound that it ended up altering the course of his life. Juan was accepted to Michigan State University and earned his Bachelor’s degree in Criminal Justice four years later and a Master’s Degree in Clinical Social Work three years after.