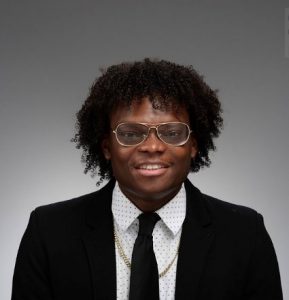 Jason Worley is proudly from Joliet, Illinois and credits his upbringing to his success in life. Growing up in a single parent household in an rough and improvised neighborhood along with his little brother Tyler, he was forced to grow up quicker than most which led to his natural ability to be a leader and maintain a positive outlook on life. Throughout his youth Jason had a rough start and was faced with traumatic experiences amongst him peers that forced him to make a choice to determine what he wanted out of his life. Through those choices he was able to graduate from Joliet Central High School in 2014.

Jason would go on to attend Western Illinois University, where he would become an Ambassador for the Gwendolyn Brooks Cultural Center, President for their Black Student Association, as a well a co-founder of a promotions team that would go on to book nationally known acts such as rapper G-Herbo to campus. In 2019 Jason earned his Bachelor’s in Finance making him the first person from his neighborhood block to graduate with one. Jason would go on to earn a Master of Science from Indiana State University in their Student Affairs in Higher Education program in the summer of 2021. During his time at Indiana State University he would serve as a Graduate Assistant for the university’s Mentoring Center and Charles E. Brown African American Cultural Center. During his tenure he served as a mentor and an advisor for several students of color across campus.

During his time as an undergraduate student, Jason realized his passion for assisting college students who both look like him and are going through what he had went through as a youth. He wishes to serve as a resource and mentor in students’ lives so they can continue to succeed not only in college but in life as well. He credits several Black professionals who served in roles like his that assisted him getting to where he is at today. Jason loves the family atmosphere that OCAT provides and is eager to maintain and build on the traditions and legacy that OCAT has in place.
Jason is a major Rap and RnB nerd, loves 90’s Black Cinema, and loves 90’s and 2000’s wrestling (WWF/WWE). His favorite musical artist is Lil Wayne and his favorite athlete of all time is the late great Kobe Bryant. Jason is always willing to talk so please stop by and say hi!